Devoted to survival skills in the wilderness

During a tomahawk review I also did firecraft skills practice. My intent was to combine several steps. Punk wood alone can act as both a coal extender and tinder bundle. However wanted to combine an accelerate into the mix plus a means to move it. Holding a handful of smoldering punk wood probably wouldn't end well so a means to move the entire thing is needed. I can't always make a fire in a ring or stove directly. Just depends on circumstance. Naturally there is nothing new here. I am just burning stuff. 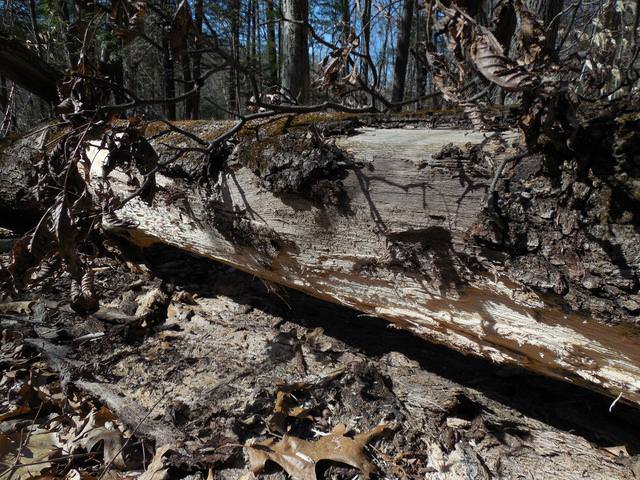 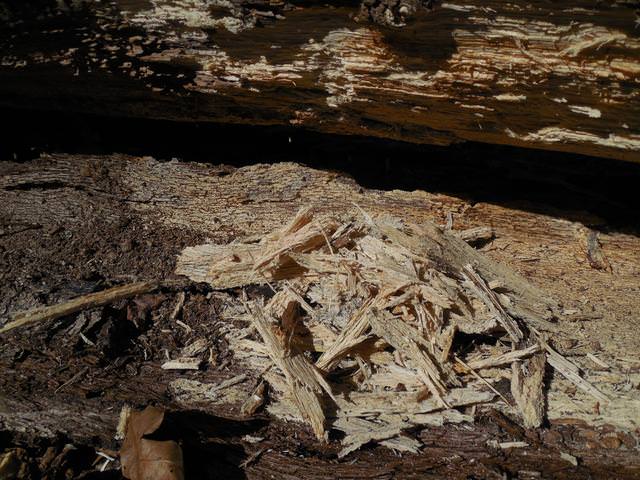 Next the hydrocarbons. Whatever is available should work fine. 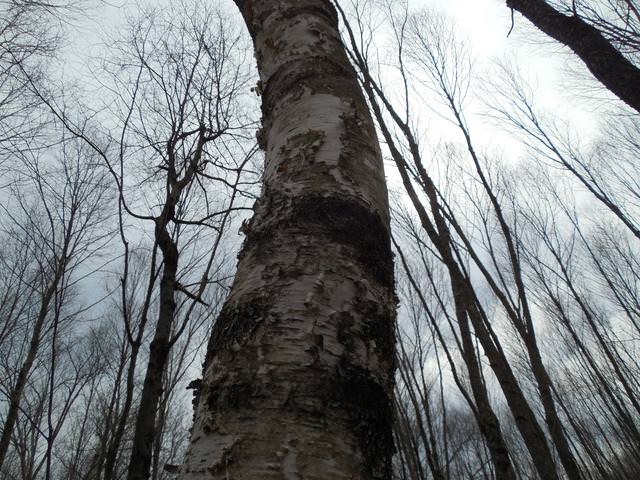 After that some bark off a dead tree for the boat. You want something bigger and more stable than a leaf. Put the punk and hydrocarbon rich tinder on the bark like so. 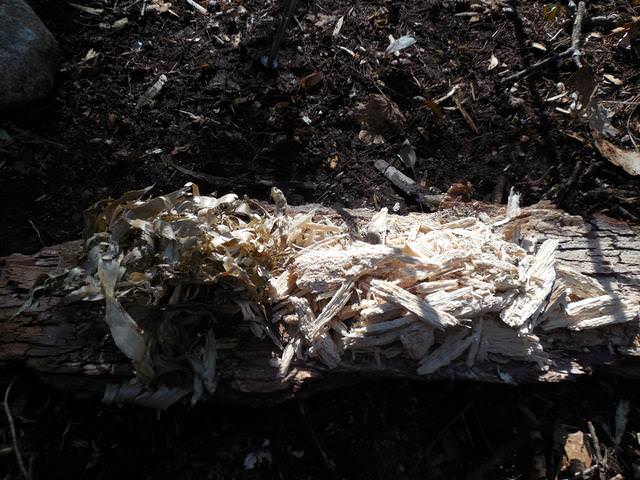 I suppose they could be mixed however having them separate will offer some more control. Plus depending on ignition method too much bark might get in the way. But do whatever so long as it works. I used a MP Knives carbon steel striker and a small Altoids tin full of cedar bark. The rocks are quartz gathered during the outing. 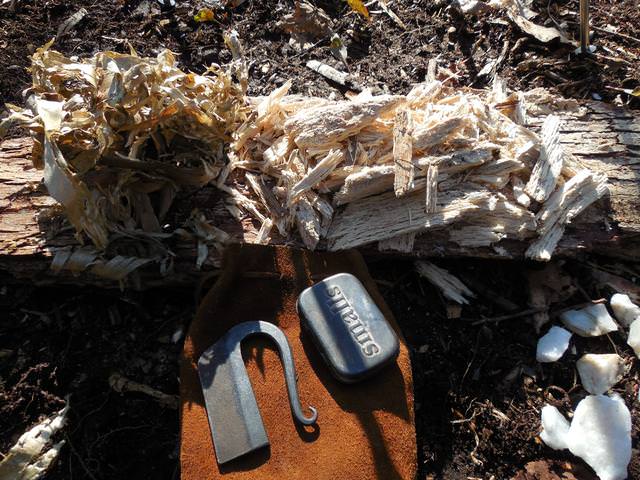 The spark that started the inferno can be seen one inch below the bottom of the striker. It's hard to see. 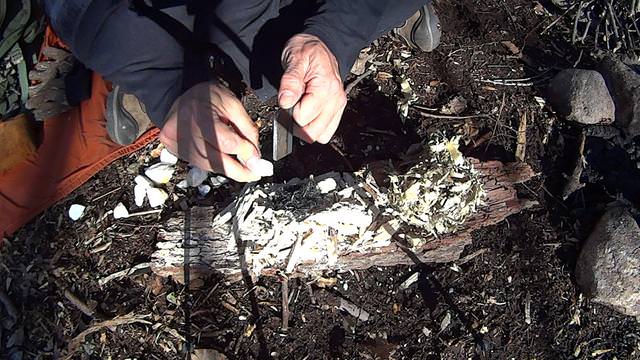 Moment of open flame. It caught flames on it's own becasue of the wind. Happened very fast. 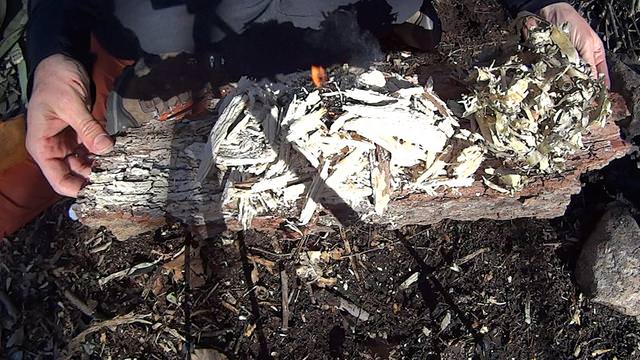 Moved the tinder bundle over to the U shaped fire ring. That's the pro of the bark tinder boat. Naturally the less travel the better. 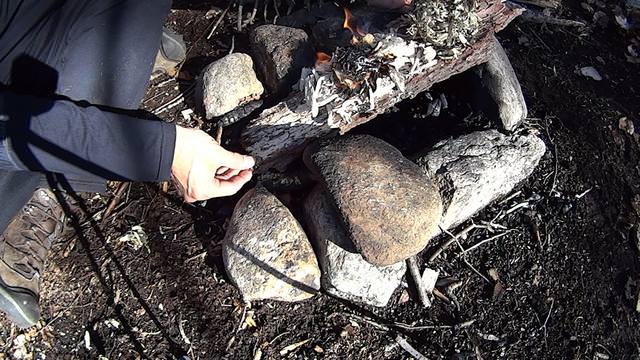 Slowly slide it off. Hydrocarbons in the birch bark easily ignite and will ignite sticks or split wood. 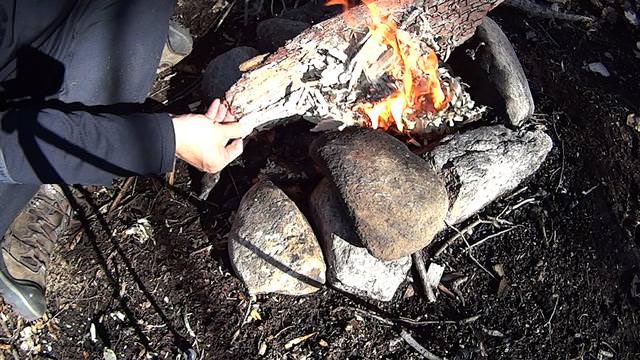 The eagle has landed. 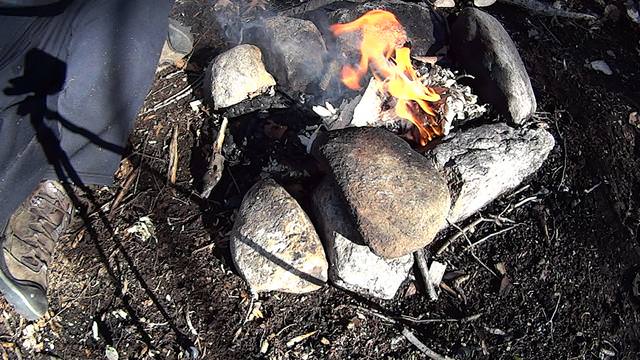 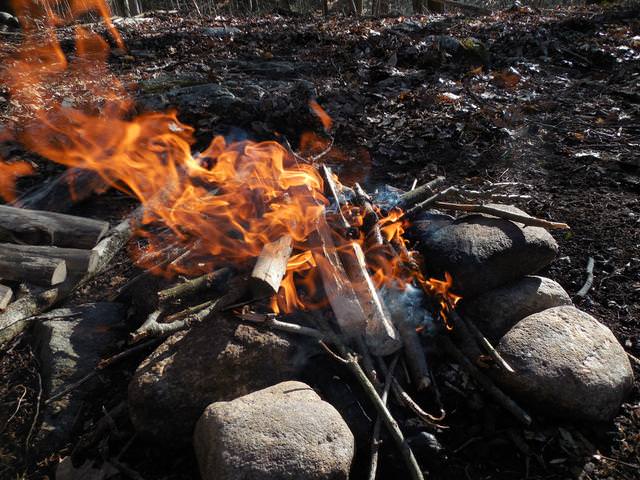