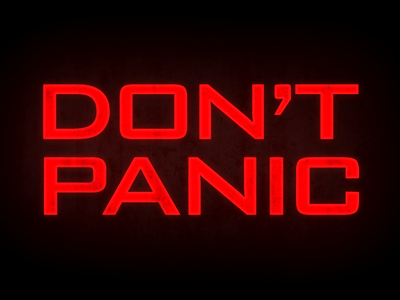 Try Not To Be Alarmed, But There's A National Biscuit Shortage
http://www.marieclaire.co.uk/news/world ... rtage.html

Marie claire wrote:First we had to face a potential prosecco shortage (just in time for summer), next a winter gin scarcity made headlines and now a biscuit drought has hit the UK.

We would have a cup of tea to try and calm us down, but that would probably make our desire for a ginger nut even more intense. Anyone else starting to feel a little hysterical?

How an earth has this biscuit shortage come to pass, you say?

Storms Desmond and Eva recently wreaked havoc in Carlisle and one of the places that was hit really badly by this major weather front was the United Biscuits factory in Cumbria.

You’ve already put two and two together, haven’t you…

But for clarification: the biscuit factory was hit by serious flooding and, as a result, has been closed since December. And when the factory isn’t up and running no biscuits can be produced, none at all.

In a statement, United Biscuits said: 'Due to floods in Carlisle we are experiencing a shortage of a number products under the McVitie's, Jacob's, Carr's and Crawford's brands.

'We apologise if consumers are finding it difficult to get hold of some of these products and we are working hard at our Carlisle site to resume normal service as soon as possible.'

United Biscuits has also confirmed that production has restarted but it could take several months for usual service to return. That's, like 60 whole days without bourbons. If you’re crying right now, we are definitely not judging you.

We're going to have to rethink our tea-time ritual and take a vow to do some serious biscuit stockpiling once supermarket shelves are replenished.

Apologies for quoting Marie Claire but the BBC only seem to have a video report and the Telegraph has an Adblocker-blocker.

Cymro wrote:Seriously, I'm not sure I'd fuck with Ad'lan if he had his bow with him. I just don't see that ending well.

I work for the supplier of United Biscuits Oats and they must be making something because they sure are taking a lot of orders off us.

Svothe wrote:I work for the supplier of United Biscuits Oats and they must be making something because they sure are taking a lot of orders off us.

Maybe they've ramped up Hobnob production to try and fill the shortfall? It would help

Photo from:
http://www.yorkshiremanstotty.com/?page=6
... which is worth a read!
Be Pure!
Be Vigilant!
Behave!

Sadly it seems this is for real, not a bad dream. At this rate I may be forced to eat rich tea

"small tin of sardines with easy ringpull (I don't understand why, but I carry it)" Redstain
Top
Post Reply
5 posts • Page 1 of 1