Best Wrist Rockets? And ones that shoot arrows?

Best Wrist Rockets? And ones that shoot arrows?

I'm trying to research wrist rockets. But google results on just about anything reviewed now - are normally pages and pages of those fake review sites. Where the reviews are based solely on Amazons top 5 products.

I did join a forum about slingshots.

But does anyone have any advice or great review sites for wrist rockets? And the ones that shoot arrows?

I've been looking at the simple shot hammer https://simple-shot.com/slingshots/the- ... ist-brace/ But would like to do more research. I realized how small these were. And now you can get ammo (steel balls) from amazon and ebay for cheap by the thousands. Not that I wouldn't use a rock. I grew up using wrist rockets and bows and guns and bb guns and knives. And just about any weapon my hunting/trapping father could find for me. I'll use a rock! lol.

But I thought for small game like grouse. These might not be a bad idea. The ammo weighs a shitton (hmmn no autocorrect for that. Interesting.) but the wrist rocket itself is a mere ounces. And yes. You can always shoot rocks. Not the most precise. But it would still work. And take up the size of a glove in your kit. I'm liking this idea. But there are a lot of hokey looking wrist rockets out there. The old Whammo metal and rubbing one has long since been surpassed. I'm liking what little I can find on the flat bands. They're supposed to be faster and more powerful. 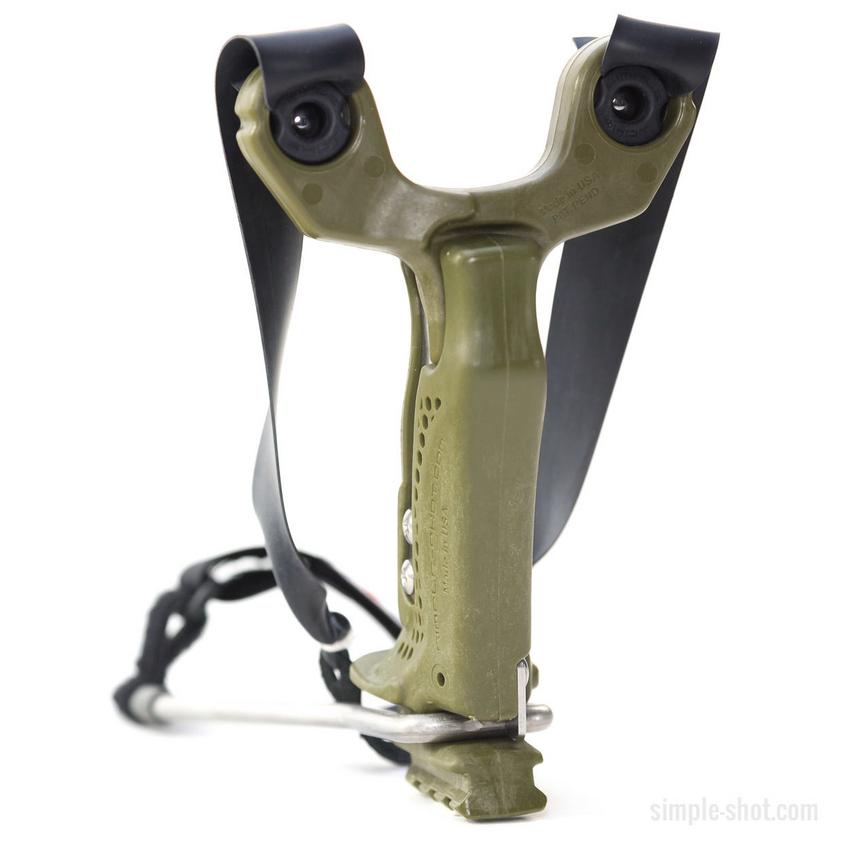 "Ideas are more dangerous than guns. We don't let our people have guns. Why would we let them have ideas?" Josef Stalin
Top

Re: Best Wrist Rockets? And ones that shoot arrows?

After some reading. I think I'll pass on the slingbow. And just carry a wrist rocket like the one above. Unless someone recommends a better one? If I need a bow I'm gonna carry a lightweight recurve. I'll use the wrist rocket for small game only. But I think I'd take the wrist rocket in any case. Whether I took a bow at all.

It's an effective .22 cal like weapon that weighs nothing and takes up little space. Not counting any projectiles you take with you. I saw marbles being sold for them too. That would be lighter weight but probably not as effective.
"Ideas are more dangerous than guns. We don't let our people have guns. Why would we let them have ideas?" Josef Stalin
Top
Post Reply
2 posts • Page 1 of 1