ZS Hot or Not: Knives Edition

Lloyd Thompson I picked up in the early '90s. Just happened to be stuck in Pagosa Springs waiting for Wolf Creek Pass to open back up so I could haul some Coke syrup to Durango. Tanker had lost control on the pass and... well, it didn't turn out well for him.
This was sitting under glass at a store in town, and I impulse-bought it.

Cheesy cellphone photo. If anyone wants, I can do a proper photo tomorrow.

Before there was "Benchmade." There was "Lone Wolf Knives." These are two pristine examples of there collaberation with legendary knife maker Bill Harsey. The Harsey Tactical Folder! (Ranger T3)

Field and Stream Magazine named it to their "The Best 25 Knives Ever Made" list.

A quote from the Field and Stream article.
"I’ve never been a fan of folding knives for hunting. Very few of them are big enough, strong enough, or easy enough to clean to do much good, compared with a fixed blade. But this one is different. The drop-point blade is nearly 5 inches long, and the handle is big enough to make even me happy. The hinge is massive, and it comes in the most overengineered tactical belt sheath on the planet. If you have one of these, you don’t need a fixed blade. —D.E.P."

Pay particular attention to the bottom Knife. (A cherished heirloom.) It has a choil hand notched into it. Making it a one of a kind.

Another angle of the bottom knife. Yep, hand signed by the man himself. Legendary knife maker and friend, Bill Harsey! A priceless cherished item. Thats why I have two of them. LOL

Not my usual go to knife maker but for $60.00 at at pawn shop I could not say no. It does not even look like it has been used. 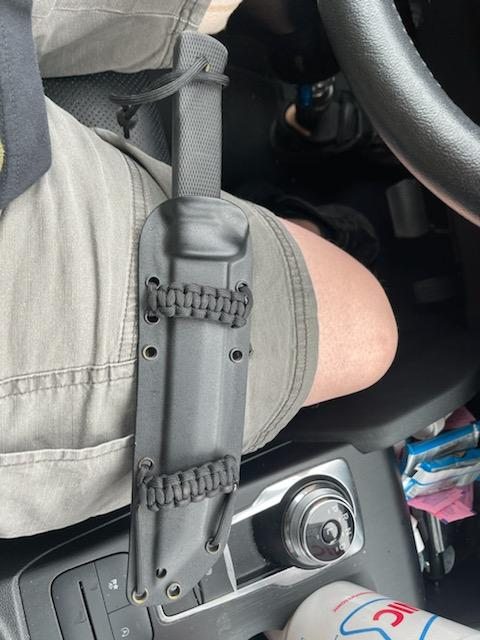 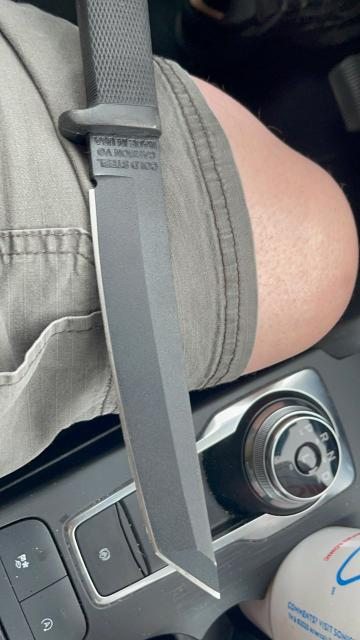 “Complacency kills. Paranoia is the reason I’m still alive.” If we do happen to make contact, I expect nothing less than gratuitous violence from the lot of ya.
Top
Post Reply
1203 posts