This forum is dedicated to discussions on how to bust up on some zombies.

Ever tried biting through a thick hoodie? Granted it wouldn't stop several from getting you, but for a single Z, why need chainmail? My point being, if you layer up, that and distance will keep you safe.
Be polite, be efficient, have a plan to kill everyone you meet.-The Sniper, Team Fortress 2

No, I've never bitten anyone wearing a hoodie but I try it out just to see. Thanks.
Shrapnel wrote "nobody is trying to be a dick and give out warnings for every little thing"

The "have you ever tried to bite through..." argument has been brought up before, and I think it's flawed. Anvilled against your flesh, I think a determined zombie (or dog, or knife) is going to work its way through your hoodie pretty quickly.

If you're looking for a soft layer to prevent lacerations of your skin, I would look first to thick leather like a motorcyclist's jacket, or if you don't mind the appearance, a modern aramid (Kevlar) suit made for motorcyclists. Leather looks good, though.

Failing either of those, I'd consider oilcloth, "tin cloth", or a thick canvas like Duluth Firehose canvas or Carhartt. Even denim would be better than nothing (or a hoodie) so you could rock the "Canadian Tuxedo" as I've heard it called: jeans and a jean jacket.

At present I wear a Carhartt jacket and Carhartt overalls, at least in colder weather, some of the time. I wouldn't trust them to stop a knife, but it would be better than nothing. Leather would be better, but I can't afford good leather and I'm not sure it would "go" with what I normally wear, so for the time being I just try to avoid knife fights, dog bites, and zombies.

Fair point, but if a Z grabs you and bites, it won't get through first time so you can pull away.

At present my gear is a hoodie and leather jacket (similar thoughts there), but I can see the advantages of an overall.

Speed is my main asset; strength isn't. I try to use that as much as possible, whenever possible.
Be polite, be efficient, have a plan to kill everyone you meet.-The Sniper, Team Fortress 2

Keeping one's distance from potential threats is a good policy, no matter what they are. Mobility allows one to do this, and so it is essential. Any kind of PPE is basically a Plan B for when that fails.

Incidentally, I wear the overalls primarily to keep paint off my clothes when painting or teaching painting. They're fine for everyday wear but a little bulky/baggy if you had to crawl, climb, etc. They wouldn't be my first choice for an evacuation.

My stupid terrorist cat can bite me through a quilt in the middle of the night.

I've been bitten by 2 dogs when I was young (I look like food), clothes didn't help.

Leather might be the everyman's best bet for this type of thing, animal bites wise.

If you are seriously talking about human bites, something less would probably work. I haven't dated a biter in years so I can't remember what works best for that.
MF'N Team Leader: Cleveland Steamers 2012
Team Beards&Irons 2013

Geez all this about bites. Its the saliva that turns you, dude.
Let’s Add Graphic Warning Labels to the Communist Manifesto
Top

There has been documented cases of insane people biting people through their clothes and drawing blood with their bite. But who said zombies can only bite with the strength they had a human? If they can rip apart flesh with ease, I am sure they can bite their way through a simple hoodie.
M-O-O-N, that spells survival, law's yes!
Duk's Bags: GLOF GHB ONB EDC
It's only after we've lost everything that we're free to do anything ~Tyler Durden
Top

Try biting through a hoodie. See what happens.
Be polite, be efficient, have a plan to kill everyone you meet.-The Sniper, Team Fortress 2

Splicer wrote:Try biting through a hoodie. See what happens.

Put on a hoodie and have someone try to bite you through it. See what happens.

Get a set of kevlar sleeves like welders or mechanics use to keep from getting burned. Wear them under your hoodie and use your arm as a shield. Ooo or better yet, can you sew? Build a special design kevlar hoodie with beefed up patches around the forarms back and shoulders. It would be like a search and rescue/zombie bite protection hoodie. Or just buy a motorcycle jacket...
EDIT for pictures: 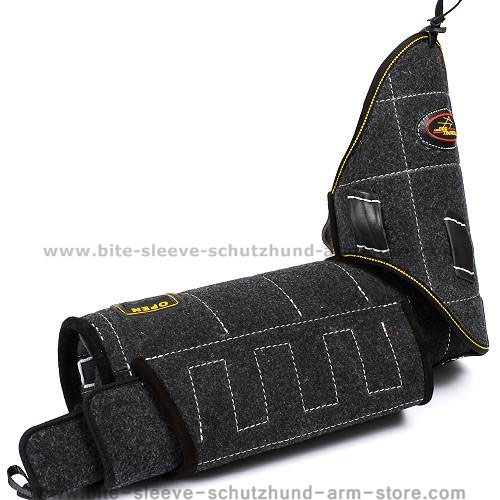 Upon reading one of my posts you should assume that before I post I reread my posts twice and then often again after I post to check and recheck for spelling and grammatical errors. And I still miss most of them because, as it turns out, when you are home-schooled, you are only as smart as your mom.
Top

Ok, IF I were concerned about bites, how about a leather jacket? Throw some Rod Halford studs on it and I don't think and human could bite through it.

Pass on the ass-less chaps, trust me. You get a whole different response.
Shrapnel wrote "nobody is trying to be a dick and give out warnings for every little thing"

Splicer wrote:Try biting through a hoodie. See what happens.

Put on a hoodie and have someone try to bite you through it. See what happens.

Touché.
As you requested, no fabric penetration. I'm guessing that if I use the leather jacket as well, I'm fairly safe.
Be polite, be efficient, have a plan to kill everyone you meet.-The Sniper, Team Fortress 2

think about this though. When we bite we can't bite past a certain point because of pain so we back off. hypothetically speaking, if a zombie bit you it probably would not have the problems of pain that humans do so it would probably be able to bite down harder and tear through that hoodie, kind of like a dog would. I agree with the leather, or kevlar sleeves under the clothes.

Sckitzo wrote:Nope, played to much L4D, afraid my friends would shoot me on sight.

lol
Molon labe: Underwater Fire Starter-
"Tis' not shackles of iron that will chain the people, but apathy. Twill' not be weapons of steel that will keep them free, but the will to act."