RonnyRonin and I were excited to get out on a weekend in May. Of course May was very snow filled here so whilst we were planning an ultralight distance hike it turned into an ultralight snow slog with some extra shivering from the cold. BUT it was a good experience in the shoulder season.

My pack with 2 days of food and water came in at 27lbs - including a bear canister. Ronny's was lighter because I carried the tent and the bear canister

That's the true trick to ultralight backpacking and one my girlfriend is adept and implementing as well.

Friday we hiked into the snow, was a LOT more than we expected. At the lower levels here it can be hard to guess how much snow is about and we were quite surprised. It was going to be a cold one. 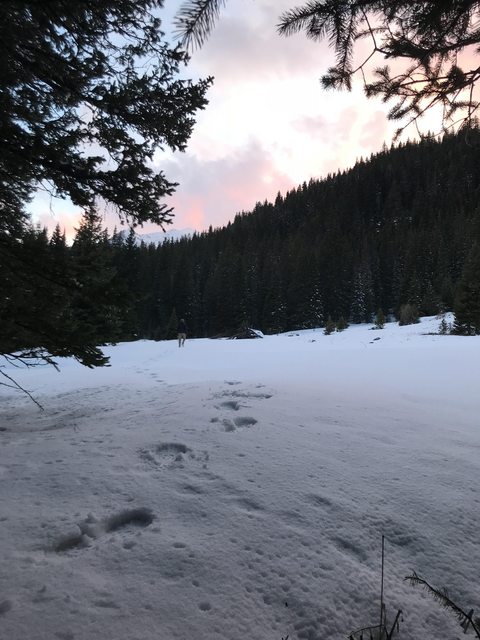 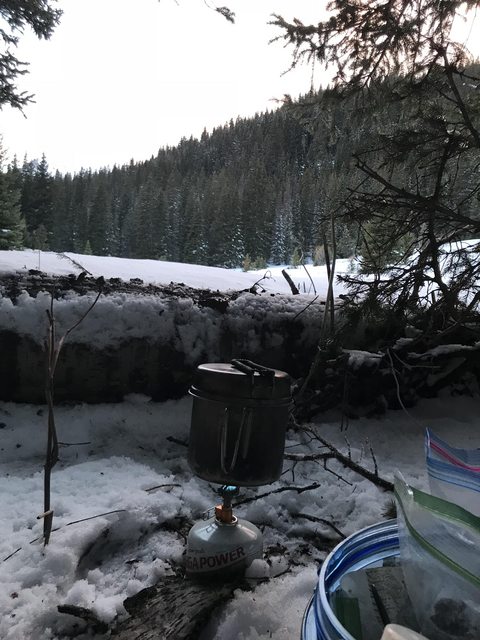 Boiling up dinner - one of my changes after this trip was to update my burner. This little guy's heat output is just not great.

I had ramen with wild mushrooms and salmon jerky. Salmon jerky might actually be one of my most favourite jerky's in all honesty. 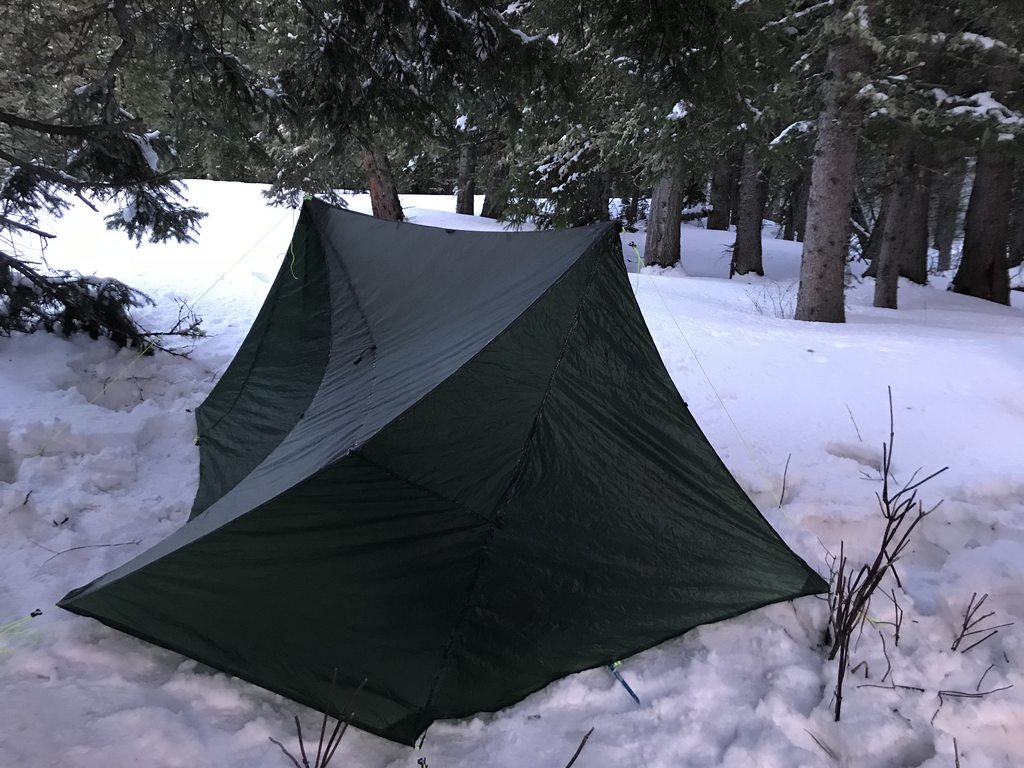 It fits two large guys pretty comfortably it turns out, it's palatial solo. Comes in around 2lbs 5 oz.

Pitching on the snow wouldn't have worked if Ronny hadn't brought his snowstakes. A very valuable addition. 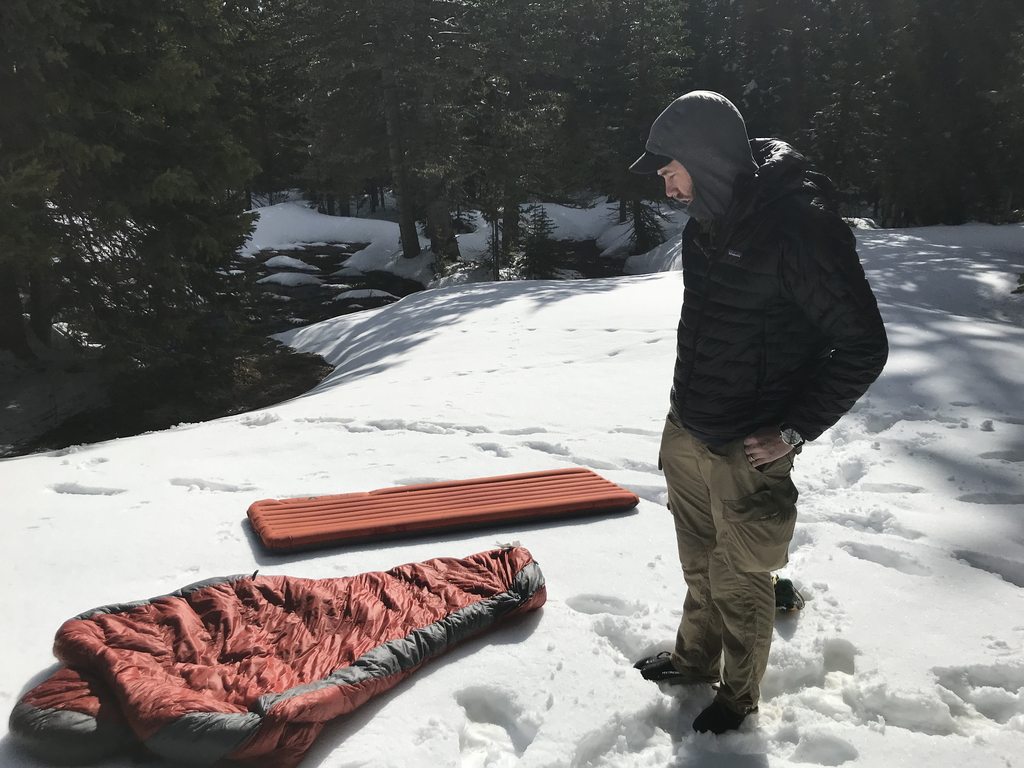 Drying out gear in the sun - Condensation wasn't too bad, it mostly froze and it was cold. Ronny was colder than me.

On the trail we decided to aim for a summit pass 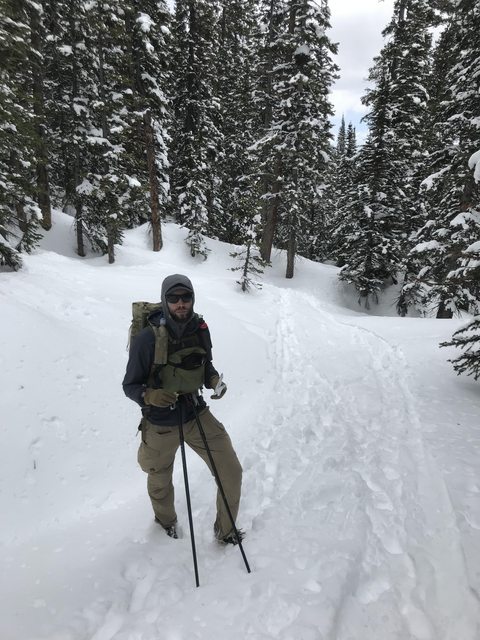 We did not make it and instead headed for another lake higher up to camp. The conditions were pretty crazy - here I am gathering water: 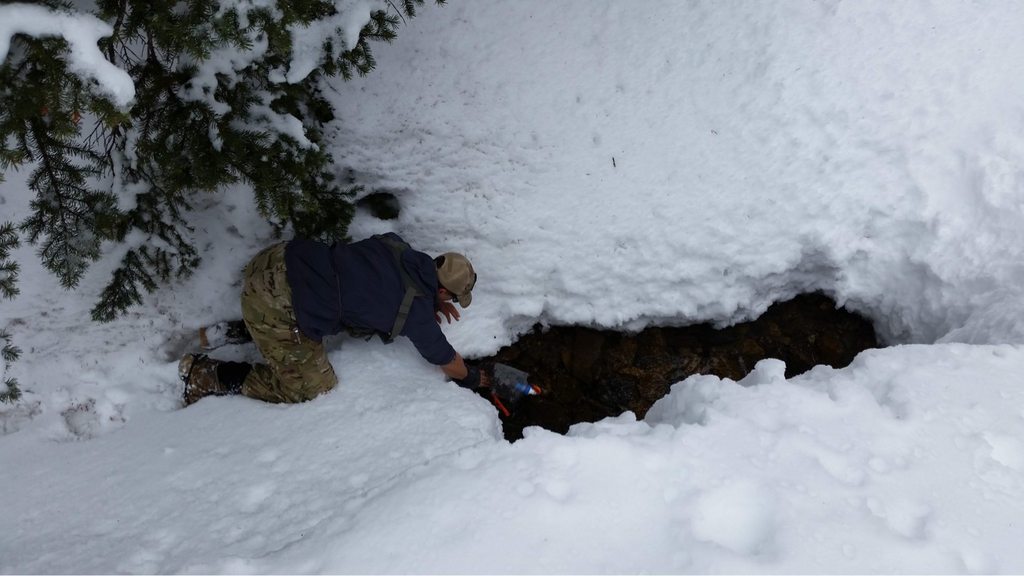 Of course we got up to the Lakes via a roundabout route and the lake was frozen and we were low on water sooooo snow melt water it was. 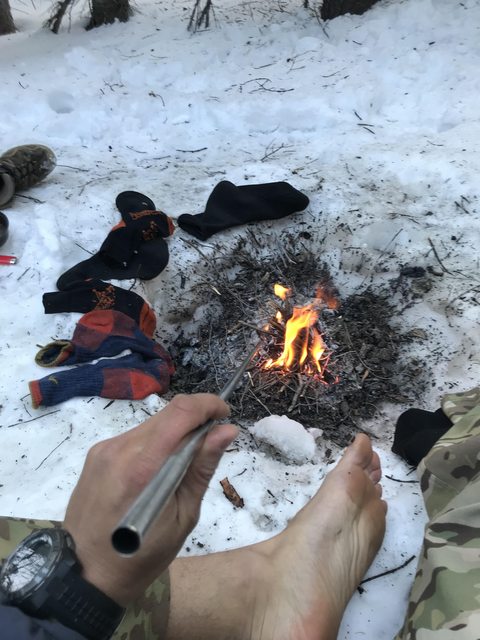 Snowmelt water tasted awful but was required. Warming up feet was also good - I would have brought more socks. Both of us had lighter weight boots and footwear on. These were fine moving but stopped we both became cold.

Our second campsite was just off the lake but well shielded 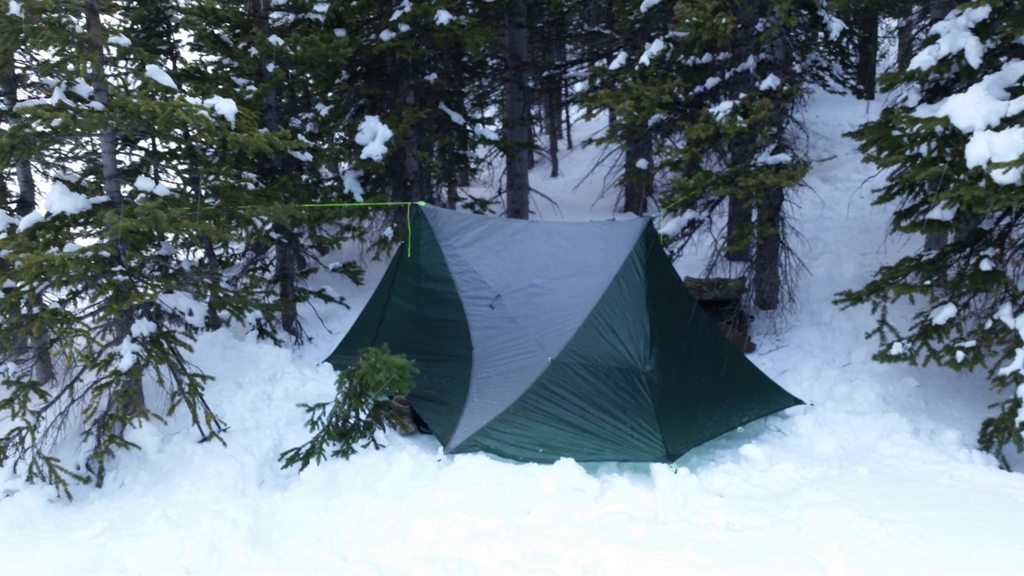 Overall it was a great trip but certainly pushing the limits of going lighter in such conditions were revealed.
Man is a beast of prey
Top
Post Reply
1 post • Page 1 of 1