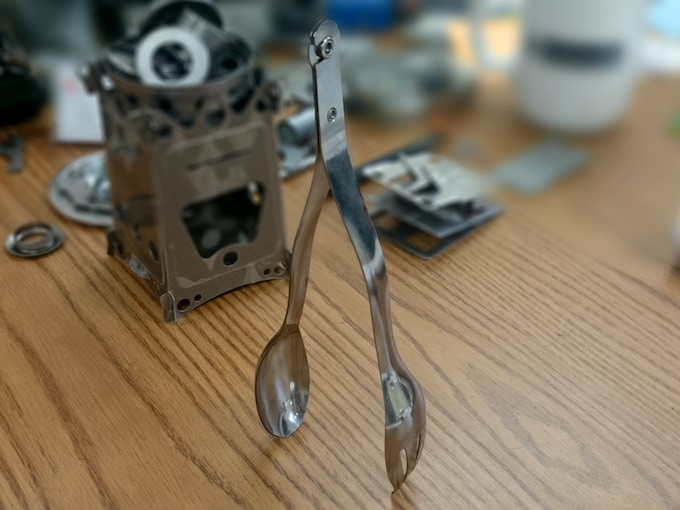 Kickstarter campaign. Another video on this page discussing the product.

I am looking forward to the metal versions, seems like a pretty cool idea for some camp cutlery.
"Once a man has seen society's black underbelly, he can never turn his back on it. Never pretend, like you do, that it doesn't exist"

I contributed to the plastic version kick starter. I'm really interested in the metal version too. The plastic version got funded so it's just a matter of time till they hit the market. The inventor said that there will be another campaign for the metal ones. It seems like a pretty clever idea. Supposedly the plastic ones are going to be fiberglass nylon which is a good material for tongs. Hopefully the connection point will hold up over time. Materials science are a big part of these designs. Just look at the lmf spork. The large flat area in the middle works great with metal... But it's a failure point with lexan. A slightly different shape in the middle would solve all the problems.
All the best!
-Paul