Posts: 1098
Joined: Tue Sep 07, 2010 4:02 pm
Favorite Zombie Movies: so far zombieland because i think it accuratly depicts what a zombie could be like. not a dead becoming undead, but an infected human... kinda like a dog with raibies. even tho signs of other survivors were non existant in the movie except for the 4 main characters and bill murray...
Location: neia

Man I love the look and feel of the CZ 75D. I may have to break from my Glock-aholicism for one.

My taurus pt 809 i like it but theres no aftermarket anything. Im probably gonna trade it in a week or two. a lot of powerful guns, personal fave is the 500 mag. second is the .44 mag snubby 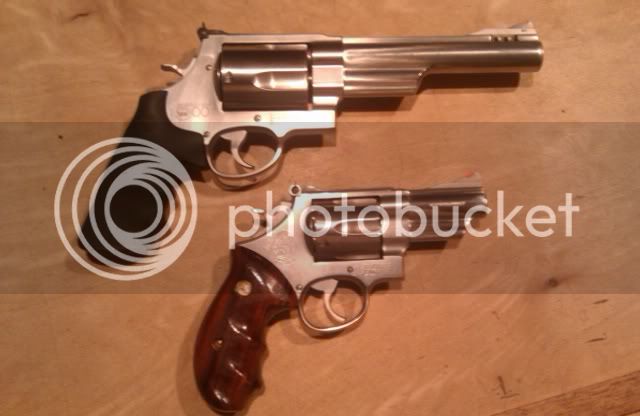 The most-loved handgun of ZS. 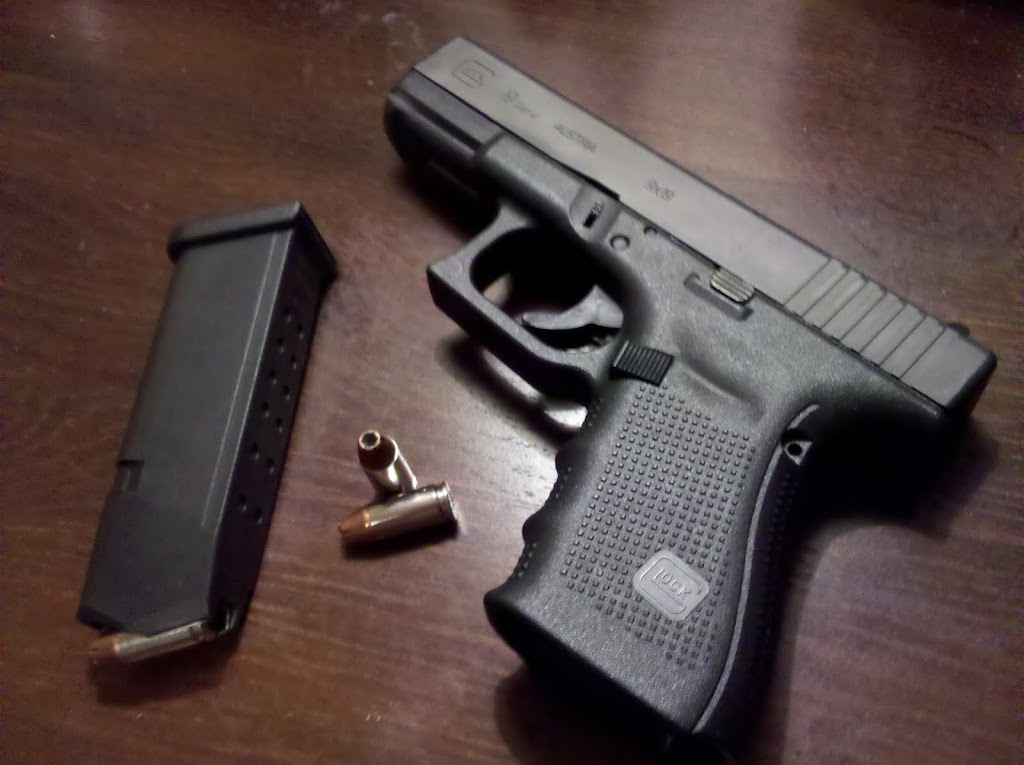 Nice collection.... I saw this and immediatly thought of a dual-wielding Chow Yung Fat.

Haha, thanks. The wheel grows bigger

Seven2 wrote:I love the CZ's.
If I had the cash right now I'd be on a 97B like a buzzard on a gut truck.

I think I might start starting a wheel of M&P pretty soon. I have two, thinking about a .40 comp gun, a 9 minor comp gun (boobie gun in tactical pink FTW), a 45 compact, 45 in FDE... The list goes on and on and on.
Thanks Anianna! 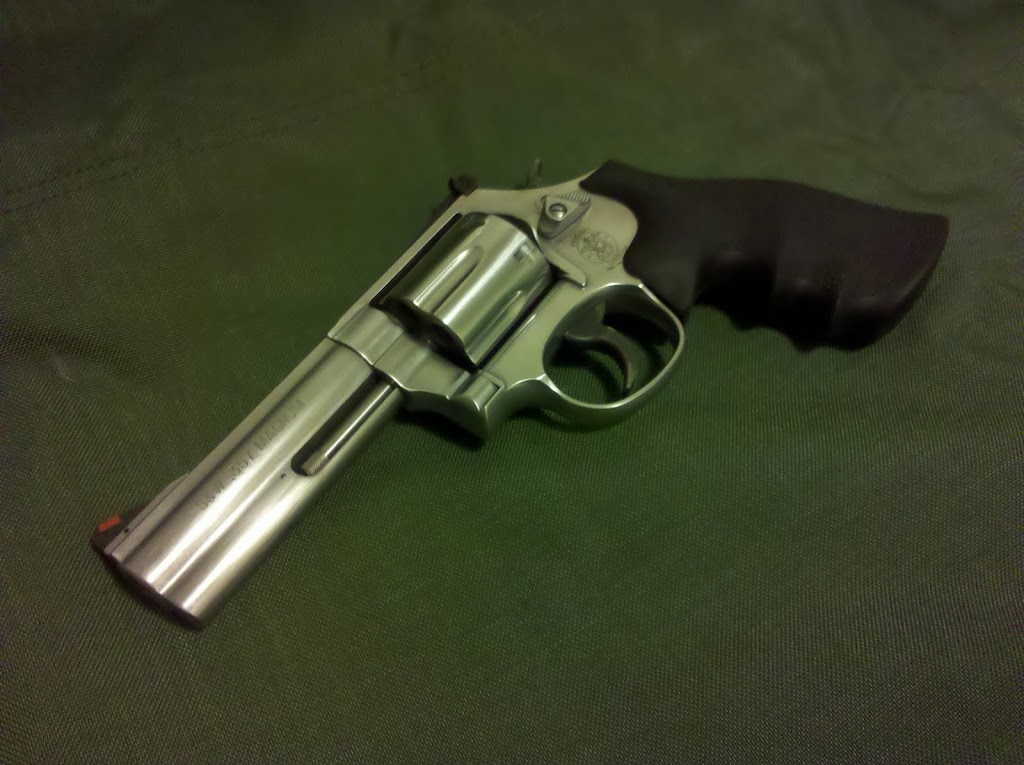 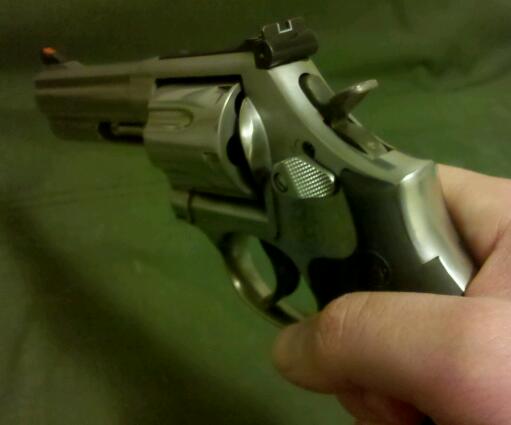 What model is that, I've been giving thought to getting a wheel gun recently
-Ben
Top

Dale Gribble wrote:What model is that, I've been giving thought to getting a wheel gun recently

ATI GI 1911. The grips I had on an old paintball gun, but they look much nicer on the pistol. Now if only it will stop raining long enough for me to get it to the range My meager collection: (I need a new camera)

A goofy Nagant Revolver. I bought an SKS when I first got my C&R and they guy threw this in for $20. Why not right?

Next up, POS Hi Point Jam-o-Matic. I'd sell it but my conscience won't let me. who'd but a used one anyways. Since I bought this thing ($125 at a gun show) I've never run an antire mag without some sort of issue:

"If someone with multiple personalities threatens suicide, is it a hostage situation?" here are a couple 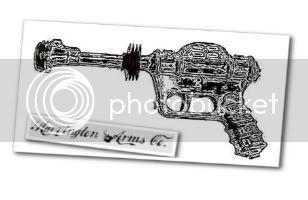 Wow, who did the work?
Top

This is another (crappier) picture of the reverse side, it shows that left and right side are not symmetrical (purposely so). It also demonstrates that it is close to an inch longer than the factory slide. Which is what I wanted from this project, a 17L sized 10mm. 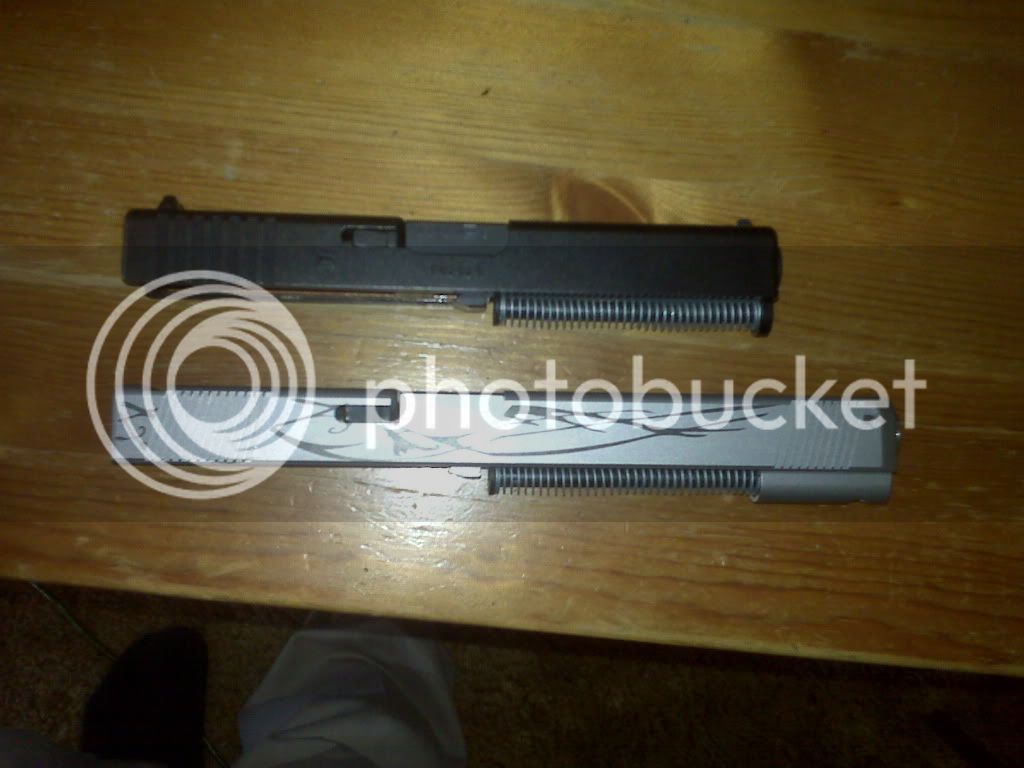