Forum dedicated for rifles and shotguns from basic to tactical. There's a special place in Hell for us.

Sumdood wrote:Welcome to 2020. I would list all the rules here, but there are too many and most of them are made up as we go. Just be prepared to be punished for something. 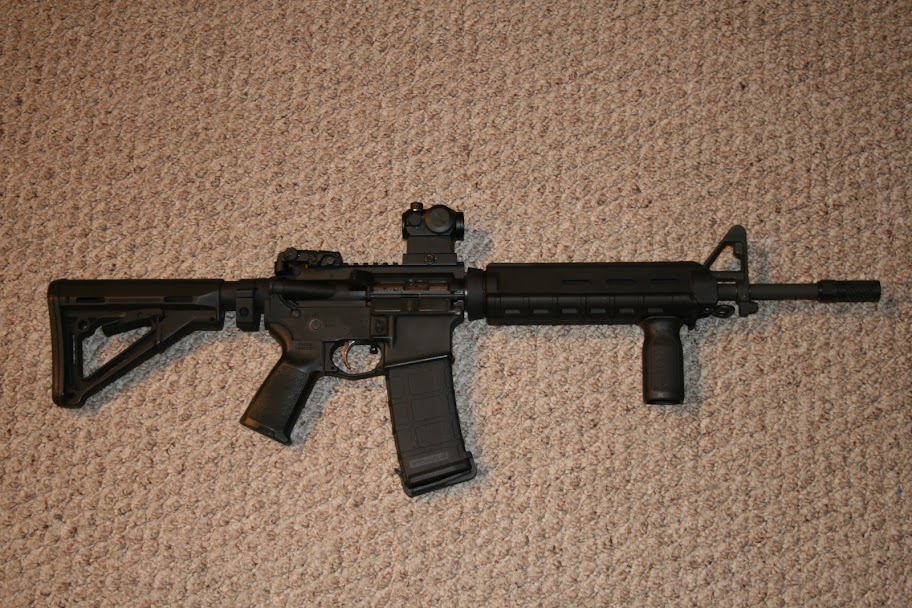 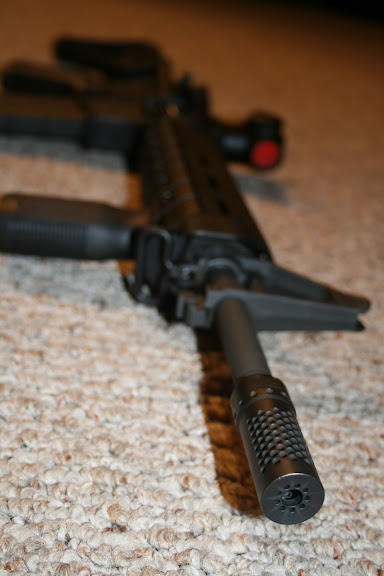 That Dynacomp looks pretty neat. is it worth a shit?

MaconCJ7 wrote:That Dynacomp looks pretty neat. is it worth a shit?

Very much so. I was floored at how well it controlled recoil and muzzle climb. I like it so much I am buying the Dynacomp short for my 5.45 upper.
Top

Cool, I'll have to look into them. I became content with just an A2 flash hider, but if the price is right and it's effective...

EDIT: LOL Sorry, I just had to post this picture.
Semper Paratus
Leadership is influencing people by providing purpose, direction, and motivation while operating to accomplish the mission and improving the organization.

G.A. Precision 7mm WSM
LongShot Rifles .243
Ruger 10/22
MAC's .308
Our world is on the verge of a temporal displacement, and it will be humanity that falls victim to the repercussions. The few humans remaining desperately search for answers to their infinitesimal existence.
Top

This is my under the bed gun. It's an Iver johnson single shot 12 gage with an 18 1/2 inch barrel, nine LED light and stock mounted 5 round recoil pad/ammo carrier. The ammo is Centurion buck and ball. My Saiga-12 after finishing the conversion... still need to decide how to mount an Eotech on it. It also needs to be refinished... think I'm leaning towards cerakote... Some of my other scatterguns... double-barreled twelve gauge coach gun with exposed hammers (I'm thinking of getting in to Cowboy Action Shooting), my "behind the door" gun, a PD surplus Remington 870, and my Beneli M1 Super 90...

"May have been the losing side. Still not convinced it was the wrong one." - Captain Malcolm "Mal" Reynolds

"An unarmed man can only flee from evil, and evil is not overcome by fleeing from it." - Lt. Colonel Jeff Cooper
Top

Oneswunk
* * * * *
Posts: 8333
Joined: Thu Mar 05, 2009 12:18 pm
Favorite Zombie Movies: Well, your mum rang about you going round tomorrow night, and then Liz rang about the two of you eating out tonight, and then your mum rang back to see if I wanted to eat her out tonight.
Location: Delaware county PA
Contact:
Contact Oneswunk
Yahoo Messenger AOL

KEEPER OF THE MEATWORLD SPICEWEASEL.


JoergS wrote:The power of 30 English longbowmen, at your fingertips... sweet.

Vicarious_Lee wrote:I have boners in places I didn't even know I had dicks.

My B.O.A.T
My jeep build
My FAKs

the_klenzer wrote:
And finally.... if you are drunk enough, and your buddy dares you...
just tell yourself "if it's good enough for Les Stroud..."

I went this route, because:

1) It uses the same ammo as my AR-15.
2) I didn't have a long range hunting/zombie sniping rifle.
3) The reputation of the 700 (M24) is almost unparalleled. It may not be the end all be all of sniper rifles, but, it's good enough to be the standard by which most other sniper rifles are compared.
4) I can kill anything that I WOULD NEED TO with a .223 in a 700 that I could kill with a larger caliber...granted I'm not picking off Insurgents at 1000 meters, nor do I foresee myself in that situation...

Seen here with my other Long Guns:

My baby, in her new clothes, I have UTG light and a bipod but need the mounts, as well as a scope.
only so much you can budget for Preps, when your saving for taxes.

Nice Warlock! Glad to see some-one else has a taste for ALICE! If you ever need a replacement canteen cap/cover, gimme a holler! Never seen a Black USAF Survival knife...I've only ever seen the brown ones. Nice stuff!
"The trick, William Potter, is not minding that it hurts..."
http://www.zombiehunters.org/forum/view ... w#p2141127

I have a 700 frame Remington myself (7mm Mag) and it is by far the most accurate, consistent weapon I have ever had on my shoulder in a bolt gun. Great choice in caliber too! I've been thinking of getting a .223 bolt gun myself; how does yours shoot?

PaleHorse: That is one freakin' awesome looking 870. Hat off to ya bro!
Top

Beauty shot in the rain

Looking for some kind of BUIS set up, but nothing is coming to mind. Suggestions welcome! Haha.

I have a 700 frame Remington myself (7mm Mag) and it is by far the most accurate, consistent weapon I have ever had on my shoulder in a bolt gun. Great choice in caliber too! I've been thinking of getting a .223 bolt gun myself; how does yours shoot?

I'll be going to break it in/zero it week after next, so I'll have to report back then. From what I've read though, it should be a rather pleasing experience! Return to “Longarms - Shotguns and Rifles”