by Anianna
We've mentioned menstrual cups here before and I know some of us use them and some of us find them clumsy and difficult to use. Generally, you have to pinch the body of a menstrual cup to release any suction on the vaginal wall before pulling it out, but that can be challenging, particularly for those with certain disabilities. Here's a cup designed more like a tampon in that pulling the stem releases the suction to remove the cup. 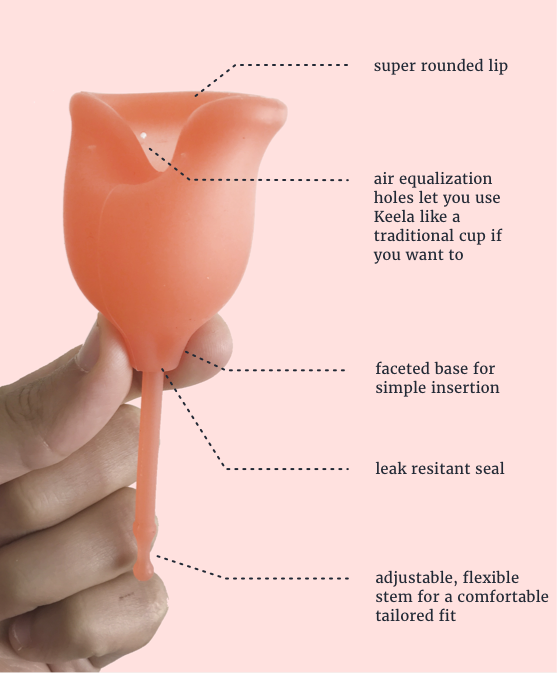 I'm not clear if the cup can still be sterilized via boiling, especially since I don't know if that will affect whatever the seal is made from. If it's just the same material stretched over the pull device, it should be fine. I think it's worth keeping an eye on or even trying if you have difficulty with the standard cup design.

Re: A Different Kind of Menstrual Cup

by toosmall
I see there is no reply and I'm new but I just had to say I love my cup. I've tried many different brands and my favorite is one I bought at whole foods in an emergency.

Women really need to consider this aspect when it comes to survival. I have no desire to use a bunch of rags or take up a huge section of my pantry for tampons/ pads. Also they need to get over not talking about it, even men, as it is a necessity and happens to just about every female between puberty and menopause.

I have 4 cups. Make sure they are made of medical grade silicone. I sanitize with brommers and hydrogen peroxide morning and night during period. Every 6 months I boil for awhile to sanitize them. I haven't tried the brand you posted.

It takes awhile to adjust and learn how to use properly. Remember if its uncomfortable it's either not in right or you need to empty it.
Also a plus is non messy sex. And I've been told they wouldn't even know it's there if I don't mention it.
All times are UTC-05:00
Page 1 of 1
Powered by phpBB® Forum Software © phpBB Limited
https://www.phpbb.com/