Re: Another Police Shooting in St. Louis Triggers New Protes

crypto wrote:Yeah, thats it. Thats why the Koreans were on their roofs during the Oakland riots

That was LA. The last three riots we had up in Oakland everyone pretty much GTFO and let the cops deal with the trouble.

Re: Things Headed South in Iraq

Aikibiker wrote:So history has taught us one way to fight an idea. The question is if we as a civilization have the fortitude to do it.

Genocide isn't a viable option and recommending otherwise would be a violation of our rules.

I noticed a blatant spam, and accidentally hit the "thanks" icon instead of the "report" icon. :( We need a way to revert accidental "thanks". There's a way to unthank. The "thumbs up" becomes a "thumbs down" after you thank a post. I'll take any and all feedback about the looks of things. And, you...

Re: Kansas Gets it! October is "Zombie Preparedness Month" 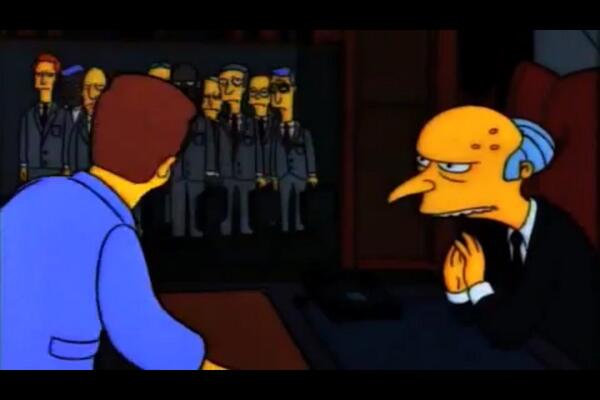 So, here's the deal. Users complained about the themes options. We let users vote on the themes they wanted. At the time , those themes were supported by the phpBB community and were compatible with our version of phpBB. As of the last phpBB update (which had several crucial security updates) none o...

Re: New series on FX The Strain

Evan the Diplomat wrote:The show has found its groove.

About damn time! I was almost ready to give up on it.


Evan the Diplomat wrote:I understand that there are only two episodes left, so I expect to see a big reveal...

It's been renewed for a second season. If the writers were confident in the show, we may not get our reveal this season.

Beowolf wrote:Uhm...then it seems like a waste to have a less-than-functional board style there after having pared down previously. But, hey, I'm just a guy on the internet.

Apparently there was a vote

Imagine, if you will, you're driving down East Franklin Street. It's a two lane, one way street leading away from downtown. There's street parking on each side of the street. The posted speed limit is 25mph, but traffic often moves slower than that due to pedestrians and claustrophobic drivers afrai...

Re: Firearms for sale...

https://www.zombiehunters.org/forum/viewtopic.php?f=48&t=4503 Upgraded policy re: Selling Firearms on Zombie Squad's forum/website. Please be advised that at this time, we at ZS would prefer not to have direct links to firearm sales. We are first and foremost a charity organization and while nearly ...

Well, shit. it WAS there on Softwood.

And fixed on softwood.

Jeez, give a guy a few minutes

Re: Congratulations to ZSC:053, our newest chapter!

So, my wife told me about a friend of hers from high school (many, many years ago) that she'd found again on Facebook. She was working on a zombie movie, written while drunk and filmed with drunk actors and a drunk director. Well, it's out today and it's worth some good laughs. http://www.youtube.co...

Congratulations to ZSC:053, our newest chapter!

It pleases me to announce the activation of our newest chapter, ZSC:053, serving Milwaukee, WI.

They talk funny, but they're cool.

We look forward to seeing the great work you guys have planned!

Re: New tag line for shirts and such?

My "New Posts" link in board style SoftWood has disappeared. I went through the different skins and only found this link in two or three of them. I see the 'Thank' feature was recently enabled--could these two changes be related? We'll look into it. As far as I know, the "thanks" didn't affect soft...

Bah, call me grumpy, but I tend to dislike features like this as they tend to devolve into popularity contests. Also, I see that a thread on the 020 forum is now labeled with "Rating:14.29%" which implies that the thread is considered unfavorable. thumbs down. mystic_1 Okay, Grumpy :awesome: This i...

But my 'New posts' link went away from the board index.

Are these things related?

Shouldn't be. I still have "new posts."

Those are the only two themes really supported by anyone making plugins anymore. You are using subsilver2, which is the default theme, so you should be seeing the yellow thumbs up on the bottom right corner of each posts. Well, you won't in this thread, but any thread not in the above mentioned foru...

If you're using the subsilver2 (default) or prosilver theme, you may have noticed a new thumbs up button and some new fields on posts and profiles. We've implemented a "thanks" system where users can thank other users for their posts. It's kind of like a positive reinforcement karma system. Hopefull...

We have a direct sell arrangement.
Search found 3441 matches